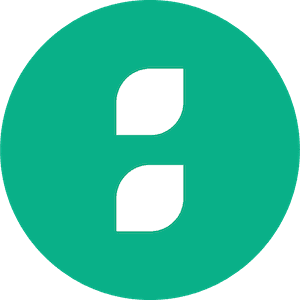 Cadleen Désir is an experienced entrepreneur. For 12 years now, she has been the president and CEO of Déclic, a business that helps children in need of specialized educational services. She is also a member of the administrative board of the Groupement des chefs d’entreprise.

Recently, she gave an interview to Lime blogue about the work and dedication of this unique network of business leaders who will be present at the 7th edition of Stratégies PME, next November 21 and 22.

An organization that helps leaders progress through mutual support

The Groupement des chefs d’entreprise, with its head office in Drummondville, was created so that business leaders can progress together by exchanging on similar situations and on the challenges related to entrepreneurship. “It’s a club-based formula, where about 10 entrepreneurs get together to discuss similar issues,” says Cadleen Désir.

It is a place where 2,000 business leaders share their knowledge and experience for the well-being of their own organization, but also for themselves as managers and leaders. “If the leader is experiencing a challenge or a problem or, again, searching for an opportunity, he or she can call on the Coup de pouce Créativité (Creative helping hand) where other members come to share their experience related to that same problem,” she adds.

Initially, leaders who are members of the Groupement des chefs d’entreprise are part of at least one club, but they can also join one or two others afterwards. The CEO of Déclic says that, in the past, she herself “belonged to two clubs that had two different orientations”.

Becoming a member: a simple process

Business owners who wish to become members can speak to an accompanist of the Groupement at any time in order to be properly directed and supported throughout their experience. “We also want to ensure that they are in a club where there are no competitors, suppliers or customers. So, there is really a lot of chemistry that has to take place to match the right member to the right club, something that is carefully considered by a permanent Groupement member,” she adds.

While some may think it is a select club for business leaders, Cadleen Désir tells us that, on the contrary, the list of criteria for becoming a member is rather short. “Any leader who owns an SME with 10 or more employees can be a member of the Groupement.”

From North America to Europe

The 240 clubs (groups of entrepreneurs) benefit from meetings facilitated by a professional coach of the Groupement des chefs d’entreprise. “There are between seven and eight meetings a year. Usually, they take place around every six weeks, and it is up to the club to decide on the length of the meetings and at what time of the day they take place.”

The Groupement has 2,000 business owner members in Quebec, but also in New Brunswick, Belgium, Switzerland and France. Since 2007, the organization has been established in Belgium and since 2010, in Switzerland. “This happened when a business leader came to Quebec, who knew about the Groupement and found it to be a brilliant idea. He felt that there was a need in Belgium, so he went around the country to learn that indeed, there was a need,” says the board member.

A believer from day one

Ms. Désir has been a member of the administrative board for five years and says she fell in love with the concept at the first meeting she attended with the Groupement. With its three locations in Quebec, Déclic is a true source of help for many children and their parents. “We give a comprehensive approach for kids with special needs. We work in health and education. This takes place in two ways: we have a network of clinics in Montreal, Laval and Quebec, where families have access to a multidisciplinary team of professionals,” says the CEO.

Cadleen Désir believes that the participation of the Groupement des chefs d’entreprise in the next edition of Stratégies PME is part of that constant search for solutions among business people. “It’s a place where we can find concrete answers to concerns about growth. It allows us to continue developing our leadership skills and to discover all kinds of possible strategies for the coming year,” she concludes.

A refreshing and collaborative business platform whose main mission is to share different types of expertise: LIME offers added value to Quebec’s business community through quality content and inspiring, engaging conferences and workshops.

How the OPC Protects Quebec Consumers – the Sinorama Case