The Six Principles of Team Work

Organizational rules are universal. The chemistry between living things and complex adaptive systems is similar in how we explain the function of these rules. Through this we may permit an analogy between the principles underlying the operation of a dogsled team with that of a company-based teamwork!

One of the greatest secrets of a successful company is the ability of its employees to come together and work as a team. The husky, much like the wolf, is at its best when it’s part of a pack. Each member of the pack knows its place, highlighting the team’s effectiveness, especially when it comes time to hunt. Following the observation of the behavior of an 87 member pack of huskies over the course of 8 years, six principles of organizational values have proven to be important to the pack as they devote themselves to working together to reach a common goal.

Accepting that we can’t do it alone

First of all, a husky will not tolerate being alone. He needs his pack if he is going to flourish and maintain psychological balance. Similarly, a successful company can’t be built without the combined effort of everyone involved.

The Importance of a Hierarchy

The husky needs a pack leader to feel safe. If there isn’t a human leader present, members of the pack would find one, an Alpha, within their ranks. For the pack, it’s a human being who takes on the mantle of leader as he or she feeds the dogs, protects them, takes care of them and it’s the leader (the sled’s driver) who will motivate them to get moving in the right direction. In much the same way, a company needs a leader, a CEO who gives his or her team leaders (the managers and supervisors) the objectives required to achieve success within the business. They also insure that the individuals in each department are motivated to do the work required.

Knowing the company’s key players to better utilize their strengths

While being part of a team, the husky should still to be recognized for its individuality. Some of the pack’s dogs are strong while others are fast, some have better endurance while others are shy, calm or excited. Some like to tease while others are affectionate, patient or intolerant. Others are protective, intrepid, consistent or even inconsistent, all the while being expressive and dependant to varying degrees. Humans needs to feel useful, to find success and balance with mental and physical activity. To feel competent, we enjoy being recognized for our talent and appreciated for the work we do. We are easily motivated with a little recognition. We need to feel like we have our place with the structure of the company.

Each role is important

The role given to each of the pack’s dogs is conditional to which role best suits each dog. Much like having the right person doing the right job in a company can guarantee success, the position given to each dog in a team will have an impact on the achievement of the pack’s goals. The lead dog (placed at the front of the sled) is the one that listens best to the leader and has respect from the rest of the dogs. Its role is important but if it doesn’t have help from the dog attached at the end (wheel dog), it can become discouraged and will not be willing to advance forward. The dog at the centre of the team (the swing dog) is responsible for rebalancing the sled as it turns. Qualities required for each of these different roles are not the same, but they are all equally important. Taking this into account, we can match the temperment of each dog to the role best suited to them in the team. Similarly, a work team made up of individuals with varying temperaments requires a leader with the foresight to manage these different forces, focusing their talents and energy in the right direction. Intelligently assigning roles within a team is essential for it’s optimization.

The rules of operation

When we take into account the uniqueness of each team member, the propensity for chaos is undeniable. In this case the team leader is essential in returning the group to focus on the task at hand and return the group to order. There are rules that pack members, and consequently a company’s team members, must follow. If a situation becomes chaotic, changes must be made to return the group to order. Admitting that chaos is a normal part of the process allows for open communication which is a great step when course correction is needed.

All of our resources as individuals and as team members are important. For us, the most important rule of all is that we should respect others and accept their differences. Even a retired sled dog has an important role to play as a member of the pack. This dog will teach the new dogs, greet clientele or even walk with those with reduced mobility. This respect and common decency is a value we strive for on a daily basis, for both the two legged and four legged members of our team, who are devoted to our mission at Kinadapt! A company that puts value in its human capital will encourage and facilitate engagement from its members more than a company that exists solely for profit. The company will rely on it’s members as much as they rely on it for survival. This becomes a mutual engagement.

Coordinator of the pack, customer service manager, and psychoeducator. She devotes herself to trainings, programming, and living resource management at Kinadapt. 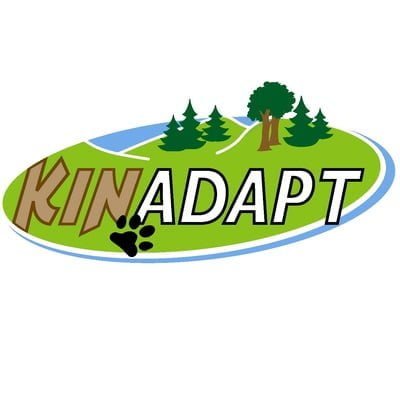 "Kinadapt is a training and workout centre which specializes in adapted kinesiology, and uses the outdoors to improve team spirit in businesses. "

Is a Good Idea Enough to Start a Business?