Is a Good Idea Enough to Start a Business?

I meet on a regular basis with new entrepreneurs presenting new ideas central to a new business project. For many, this new innovative idea will be a guarantee of undeniable success. According to this vision, if we have a good idea responding to an unfulfilled demand, all we need is to put in the necessary effort to have it succeed. However, my line of thinking often differs from those entrepreneurs. For me, a successful project is not based on a good idea, but rather on a good opportunity. So, I thought to write this post to exchange more on my vision and to share, in turn, your opinion on this subject.

A good idea vs a good opportunity

First, I want to mention that I am a proud supporter of innovation incubators. I honestly believe that it is very important to do things differently and that it is by standing out from the crowd with a good idea that we put the odds on our side to succeed in the face of competition. That said, for me, accomplishing this good idea will not guarantee the success of your business project. Still, we need to have a concrete opportunity and real people who have shown an interest in acquiring this idea. Otherwise, there is a risk of investing a lot of time and money in a project that is much more difficult to market than one might have thought.

When I meet young entrepreneurs developing new applications or new products in various fields, I always hasten to suggest they find a real buyer before developing it in full. They must quickly test the market response to avoid working for nothing. Surprisingly, a neat prototype of a new project is usually enough to obtain purchase commitments from real customers. In addition, they will often bring a strong complementary vision of the added value that your product could bring them. This can therefore greatly help you to prioritize your achievement efforts.

Too often I meet people who have, for several years, made a remarkable effort to develop their new idea. However, since buyers do not “rush” to buy it, they stubbornly believe that it is because their product is not quite developed, that by tweaking the little details, the buyers will come knocking on their door. In reality, it is often due to a lack of marketing experience or a fear of putting effort into selling a product they consider incomplete. When this happens, more often than not, it’s the beginning of the end.

As you can imagine, Facebook is often taken as an example of this “good idea” that suddenly experienced a phenomenal success. It only takes a good idea, they say, look at Facebook. So, let’s look at Facebook 🙂

In his early days, Mark Zuckerberg and some of his classmates began developing a tool to compare two students’ photos in order to compare their appearance. Rapidly, the ethical debates pushed Harvard University to place the tool offline. To make a long story short, the project then evolved into a platform to bring Harvard students closer together so that they could collaborate together by exchanging course notes. With minimal effort (some say a few weeks), Mark was able to develop a first version of his tool and invite people from the university to collaborate. Just 24 hours after the launch of the prototype, Facebook already had between 1,200 and 1,500 users. After the first month, almost half of the students used the platform. Mark had before him a concrete opportunity!

Over the years, Facebook expanded its operations to 21 new universities, followed by 2,000 colleges and more than 25,000 high schools. The next logical step was to make the platform available to anyone aged 13 and over.

Facebook did not develop a complex platform for years before testing its market. In fact, looking at the image above, it is clear that Facebook was a very ugly version of today’s tool. Yet, thousands of people adopted the idea in a few hours. Admittedly, the tool was a great idea. However, it was by quickly going live with a concrete opportunity that the path of Facebook was traced.

What do you think?

For me, working step by step to then measure the concrete potential of a project is a guarantee of success. This approach is about working with facts to quickly measure the potential of your investment. This applies to a new project, but it’s also true for an existing company that wants to stand out with a new innovative idea. Taking a good idea, taking small steps to make a prototype and then testing your market is in my opinion the best way to be successful. Now I give the floor to you.

What do you think? Is a good idea enough to start a business? 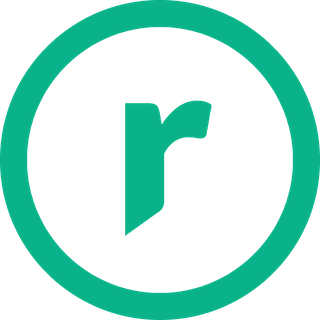 Reptile presents itself as a strategic business partner. The company seeks to revolutionize the market by setting new standards in support and digital solutions.

The Six Principles of Team Work

What Does Your Online Profile Photo Say About You?