I have a boundless admiration for people who drive forward to conquer the market without taking things too seriously. Everything that involves starting a business makes me feel grateful to those who seek to make a difference by presenting a solution to a problem. And I find it especially nice when the entrepreneurial world comes along with great discoveries such as this one!

Through a friendly conversation, I was charmed by an entrepreneur whose predominant values are honesty and pride. Marie-Pierre Bérubé has a clear vision: “Change the world, one habit at a time”, and that’s what motivates her to work with enthusiasm and conviction to develop the eco-friendly business called Kliin.

The Gift of Entrepreneurship

Marie-Pierre’s venture into the entrepreneurial world began in 2015 when a friend returning from Europe gave her a gift: a reusable beige towel with an impressive ability to absorb. Marie-Pierre’s entrepreneurial instinct led her to do research on the manufacturing and the environmental benefits of this product.

“Marie-Pierre, was this the first time you had thought of going into business?” It’s with joy in her voice that the Kliin brand designer replied: “No, I’d thought about it several times! I was trying to find the right concept.” Realizing that there was no such home cleaning product on the North-American market, she set herself to the task of revolutionizing our way of cleaning to make it more environmentally-friendly, as well as logical and economical.

To achieve her goal, the entrepreneur banked on her strengths and knowledge. Having worked for many years in marketing, sales and sales representation, Marie-Pierre used her knowledge in these fields to develop her business project. “I was used to marketing products to meet clients’ needs and so I did the same thing with my reusable towel concept.”

To support her in starting up the business, the businesswoman asked her boss for advice and mentoring. “I was 38 years old when I started this project. Unlike when I was in my twenties, I could now call on my resources and my network. And I still had plenty of energy!” 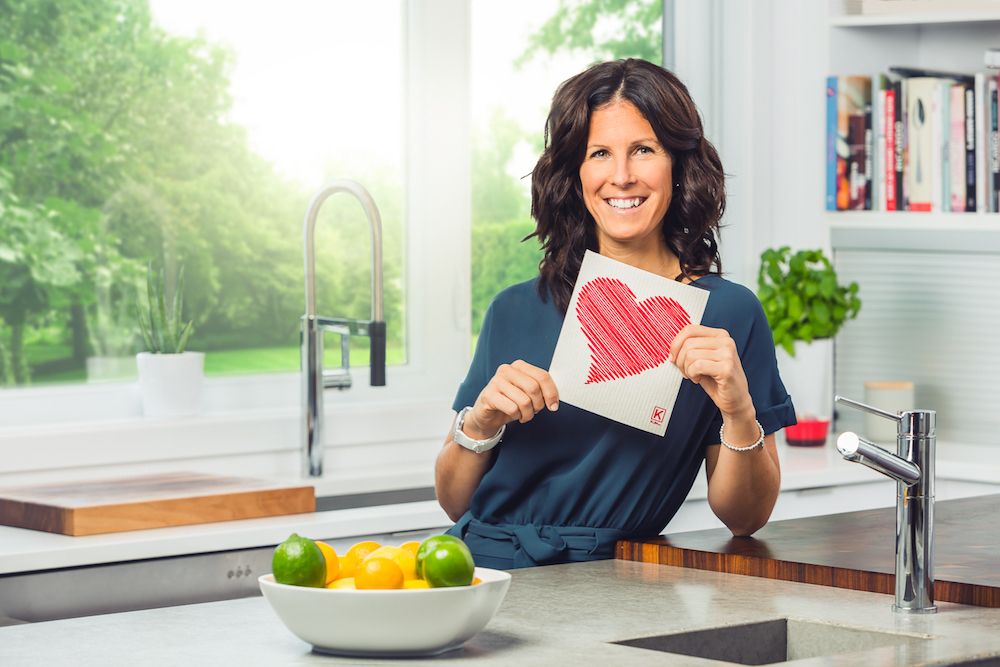 With Kliin, Marie-Pierre is committed to “Changing the world, one habit at a time”. The product has the potential to greatly reduce the waste produced by numerous families without requiring that they invest considerable time or money in order to do so. “One Kliin towel can replace 17 rolls of paper towels. Made of 100% natural fibres, the reusable towel is super absorbent, dries quickly and is odour-free.” When you are finishing using it, you throw it in the washer or in the dishwasher to clean it.

In order to respect her company’s values and mission, Marie-Pierre had to give some thought to the end of her product’s service life. Since the reusable towel is entirely made from cellulose and cotton, it is 100% compostable and biodegrades in only 28 days. “Because it’s made of natural fibres, the Kliin towel releases nutrients into the soil on decomposing.”

For the businesswoman, it’s important to “market a convenient environmentally-friendly and easy-to-use product and to create it here in Quebec”.

Proud to manufacture and design a local product

The product is processed mostly right here in a Montreal plant. The fibre has been imported from Europe since the business was started. “The first thing I did when I launched my business was to search for suppliers. Then I chose to develop the product here”, the businesswoman explained.

Even though the product is processed over 50% in Quebec, Marie-Pierre doesn’t use a “Made in Canada” label because she wants to be transparent and to avoid confusion. “My proudest accomplishment is to have created jobs for people here. Yes, the fibre is imported from Europe, but we process it here, in Montreal, and print the design on the product here”, says the businesswoman, who chooses illustrations by Quebec artists in designing her products.

Kliin stands out from its competitors because of the quality of its imported raw material, the thought that goes into the design of its prints and its willingness to provide an eco-friendly, economical and attractive alternative to an everyday household product. The company’s products are sold in nearly 250 points of sale in Quebec, as well as on its online shop. Kliin is a local brand and its products are readily available in Quebec.

Marie-Pierre describes herself as an innovative businesswoman and she is continuing to develop her brand in order to maintain her dominant position in the market. “I would like to adapt my product offering to market needs, to open up new markets and to offer other useful, economical and eco-friendly convenience goods.” Moreover, the businesswoman advises entrepreneurs who are starting up “to thoroughly research their market in order to differentiate their product and to provide an innovative solution.” Kliin’s uniqueness lies in the fact that “it’s a business that espouses today’s values, offers uncompromising quality, and the opportunity to change the world.”

Through different projects, Geneviève takes the time to explore Quebec’s roads and discover its businesses. An agritourism and culinary exploration enthusiast, she is a loyal customer of various public markets. To Geneviève, buying locally is an opportunity to grow Quebec’s entrepreneurship, and make exciting discoveries. 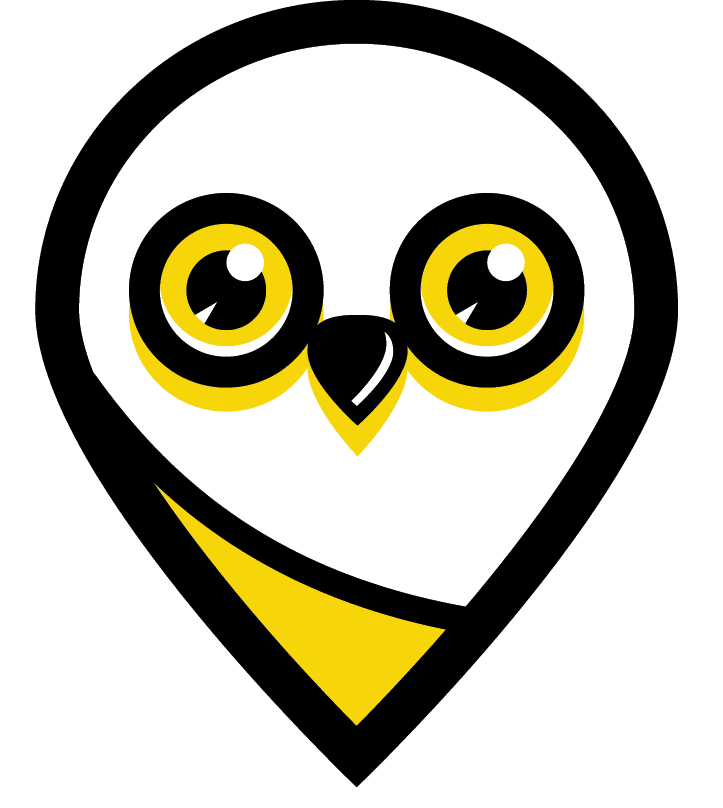 Launched in December 2015, the SignéLocal.com platform is a showcase of products that are Made in Quebec. The website, whose main goal is to highlight businesses which offer quality products and the value of local production, has already garnered over 400 member businesses across the province.

Get out of Your Comfort Zone with the SMART Method